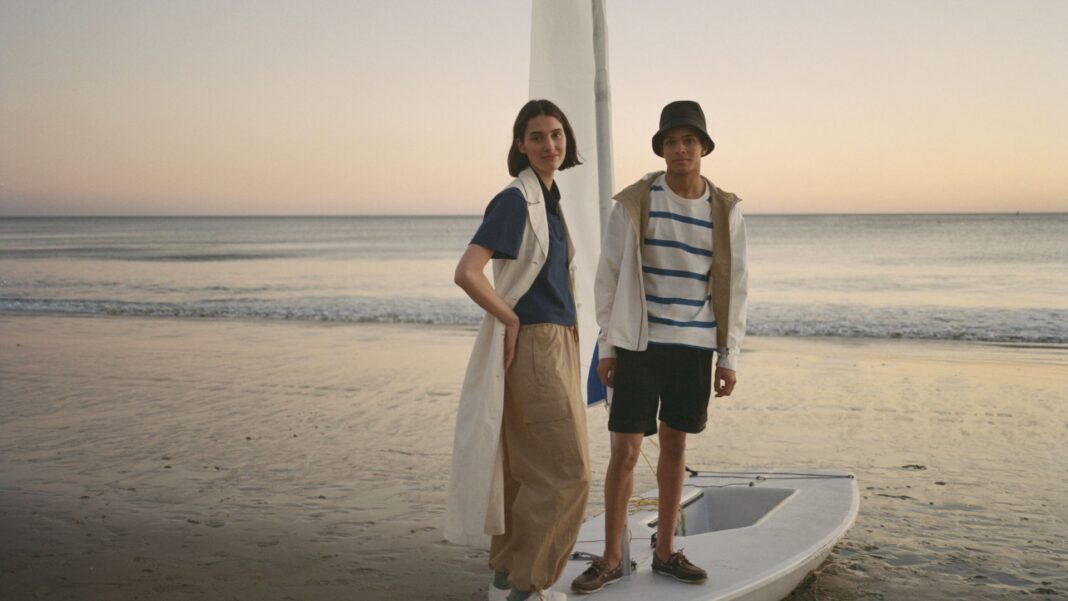 UNIQLO today announces that it will launch the UNIQLO and JW ANDERSON 2022 Spring/Summer collection on Friday, March 18.

The collection is part of an ongoing collaboration with the London-based brand that has revolutionized contemporary fashion. The rich heritage of Britain’s sailing and seaside culture inspires this season’s concept of At Home with the Sea.

The collection combines the evolving simplicity and quality of LifeWear with JW ANDERSON’s playful craftsmanship.

Designer Jonathan Anderson says that, “The sea has been integral to my life ever since I was a child. It inspired this collection, and I hope people enjoy incorporating this maritime styling in their wardrobes.

The lineup features shirts, caps, and socks with embroidered sailboats in playful hues, as well as a knot dress and yacht parkas that look great against the blue backdrops of the sea and sky.

Combining water repellency, mesh fabrics, and other functional elements typical of UNIQLO with such signature JW ANDERSON elements as patchwork and asymmetry delivers comfort and design.

Color blocking and borders add a touch of contrast and feature hues from nature, including oceanic blues, beige from the shores, and vivid reds and greens, for a relaxing seaside look.

The lineup includes 12 items for women, 10 items for men and 4 accessories.

About UNIQLO and JW ANDERSON

The line was developed on the theme of British classics: designed for life today. This LifeWear offering combines the innovative designs that JW ANDERSON brings to Britain’s traditional apparel with UNIQLO’s commitment to fit, materials, and functionality.

Northern Irish designer Jonathan Anderson established JW ANDERSON in 2008. At first an elaborate collection of accessories, it quickly attracted attention and enabled the fledgling label to show on-schedule during the 2008 London Fashion Week season. The success of this debut collection earned both critical acclaim and commercial success for Anderson, whose label is now regarded as one of London’s most innovative and forward-thinking brands. UNIQLO and JW ANDERSON first launched in Fall/Winter 2017.

JW ANDERSON has evolved into an internationally renowned and award-winning brand, receiving these awards:

2014 Menswear Designer of the Year

2017 British Fashion Awards for Womenswear Designer of the Year