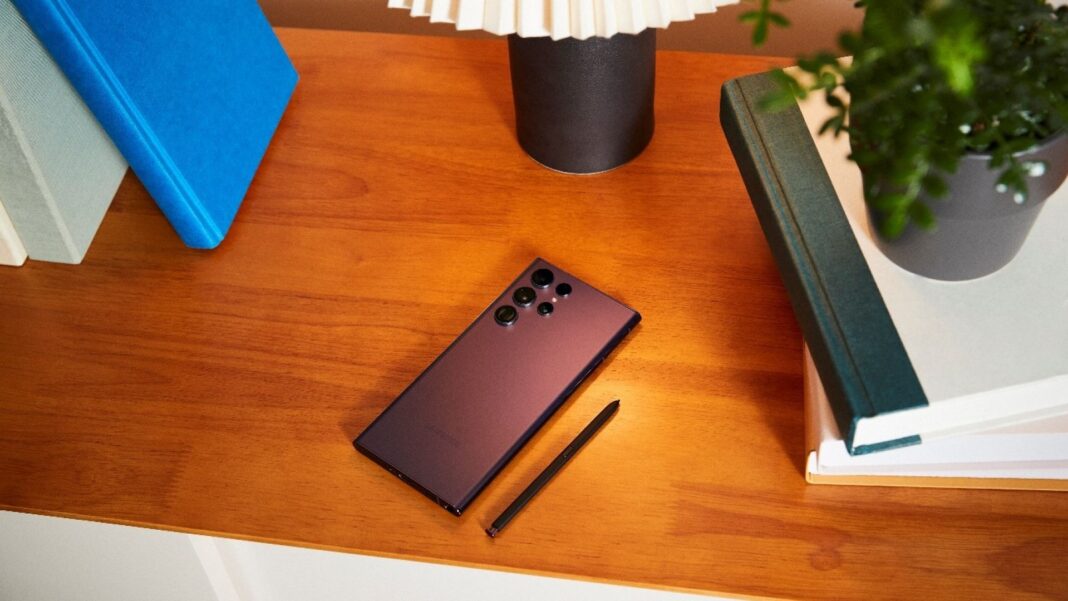 The launch of the Samsung Galaxy S22 Ultra at Unpacked 2022 marks many new milestones for the beloved Galaxy series.

Marrying the productivity prowess of the Note series and the pro-grade camera and performance of the S series, the Galaxy S22 Ultra sets a new standard for what a smartphone can be: The most powerful Ultra device that Samsung has ever created, to offer the ultimate smartphone experience today.

Read on to find out more about four cutting-edge features of the Galaxy S22 Ultra that break the rules of mobile innovation.

A handy stylus on your smartphone unlocks endless possibilities for creative and productive scenarios beyond doodling and writing. 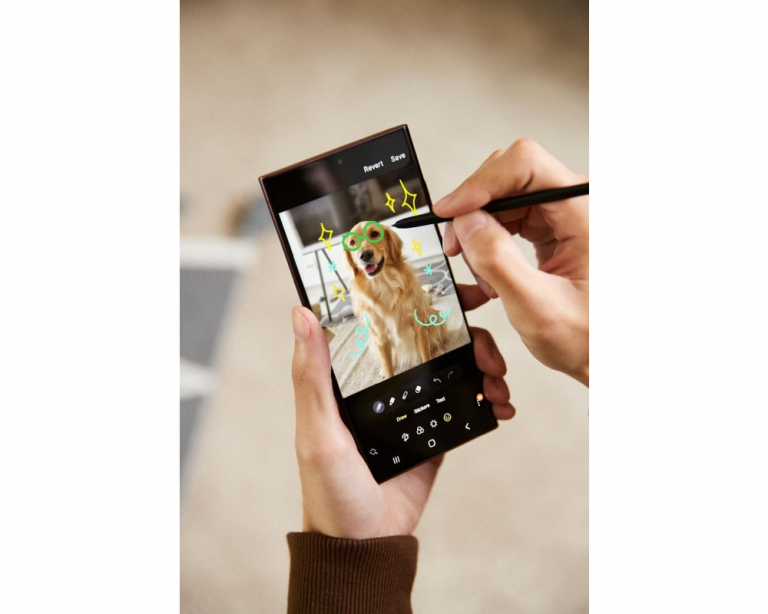 Traditionally a feature included with the Note, Note users’ favorite S Pen now comes built-in with the Galaxy S22 Ultra, enabling fresh new ways to level up your creativity and get things done.

The much-improved S Pen experience means that you write and draw on the Galaxy S22 Ultra’s bright and expansive screen, making it the perfect tool to capture eureka moments through words or sketches while enjoying a more realistic pen-to-paper feel.

The S Pen also gives you instant access to signature S Pen tools such as Samsung Notes and Live Message, and the handwriting to text function has been upgraded to support 87 languages, so note-taking is more convenient than ever, especially when you’re on-the-go.

And that’s not all. The S Pen can also act as a nifty remote control to run your presentation from afar or be used to take a snapshot with the phone camera. Use it to annotate PDFs without downloading an additional app, and even zoom in to magnify anything on your screen by up to 300 percent. 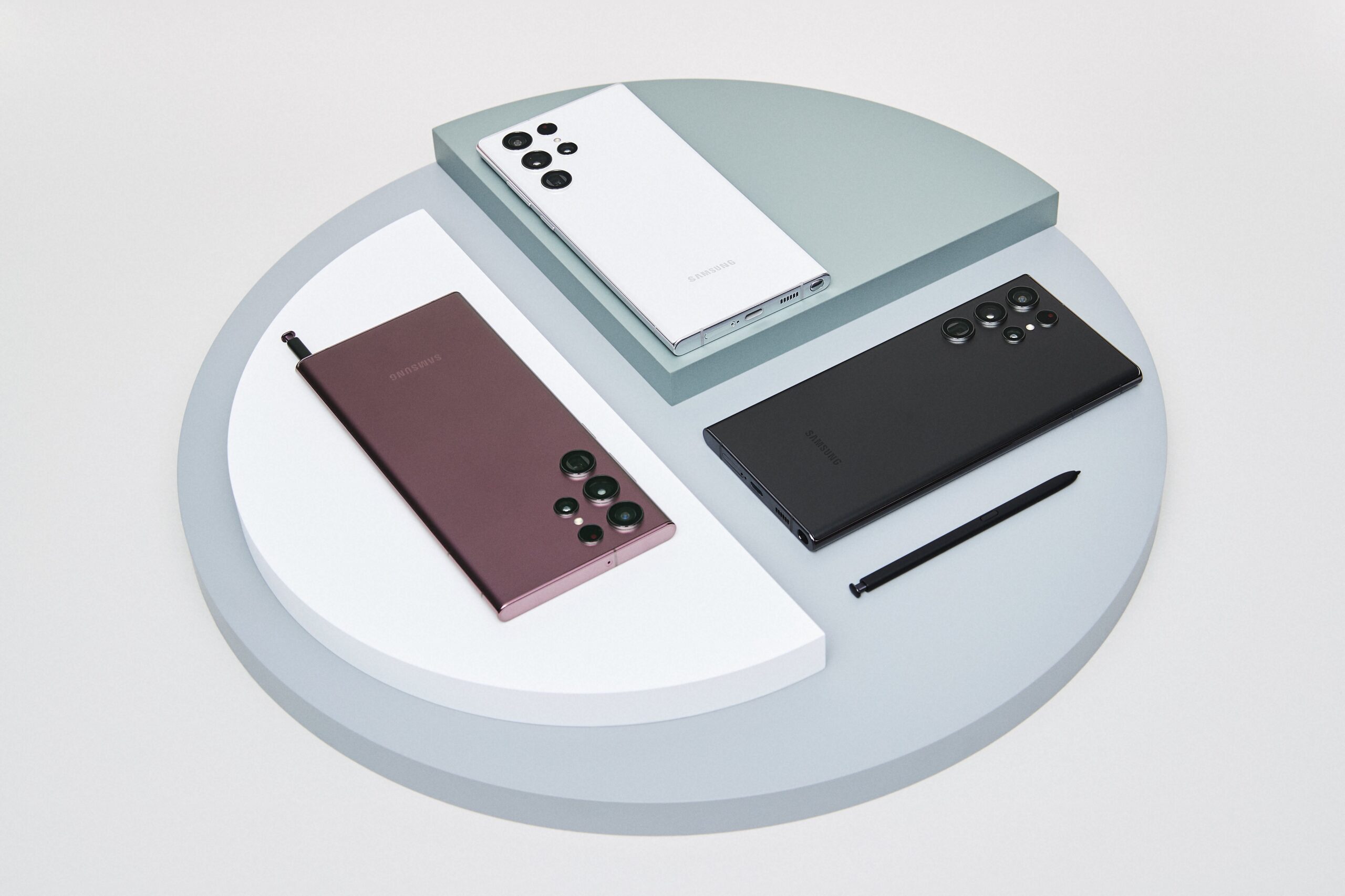 In a smartphone, the smaller its processor, the better the device.  As the first Galaxy device to be running on Samsung’s groundbreaking 4nm Processor, the Galaxy S22 Ultra makes multitasking on your phone even easier.

As you create new content, the advanced AI features work in the background to improve the clarity and quality of photos and videos by helping subjects stand out better from the background, while simultaneously detecting and concentrating on multiple objects within the same scene for better focus and improved image steadiness. 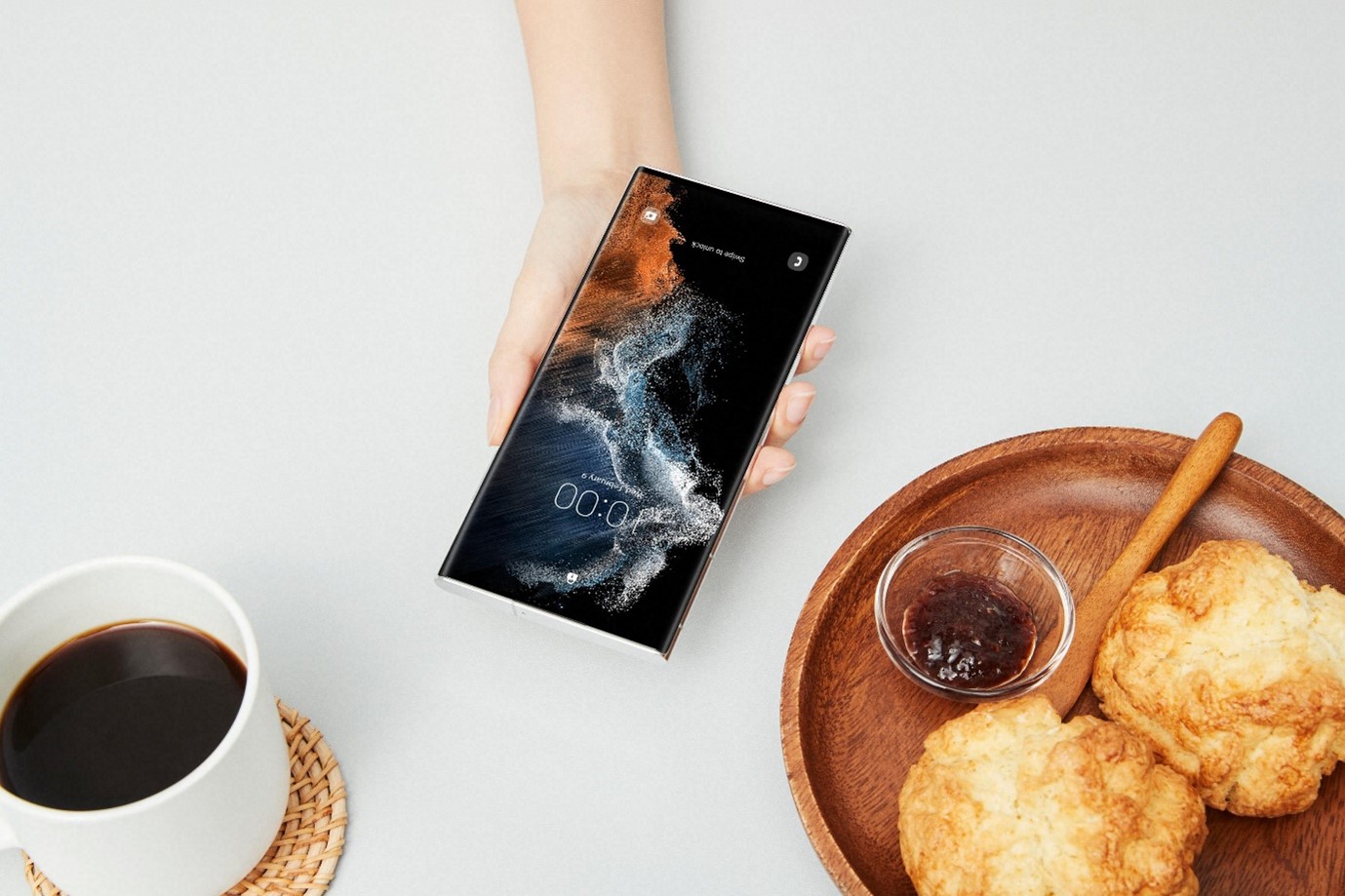 With all the powerful features built into the Galaxy S22 Ultra, rest assured that the device is well-equipped to endure long hours of use. Samsung has combined its power-efficient 4nm Processor with a large 5,000mAh battery to ensure that Galaxy S22 Ultra can last all day on a single full charge.

What’s more, the device even supports 45W super-fast charging, which lets you record more than 50 minutes of video – after a 10-minute charge – so you can keep calm and carry on with minimal disruption to your work or play.

Pro-grade Camera in Your Pocket 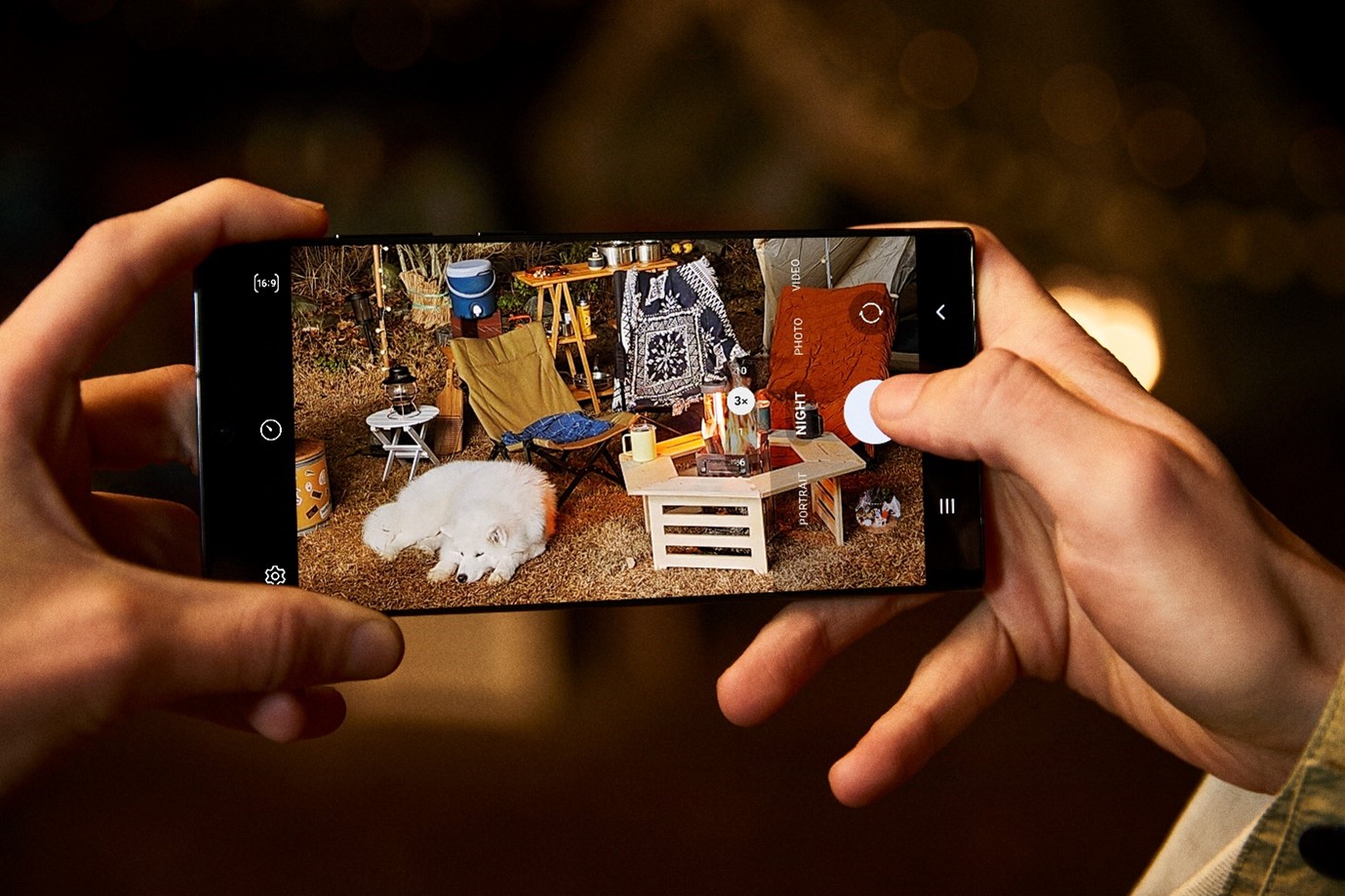 Whether you’re a casual user or a seasoned content creator, the Galaxy S22 Ultra enables users to capture stunning photos and videos all day and all night.

With the free Expert RAW app, you also have access to DLSR-like controls to capture incredible moments. To make the Galaxy S22 Ultra even more amazing, its camera can capture more than 68 billion colors for more vibrant and true-to-life videos. 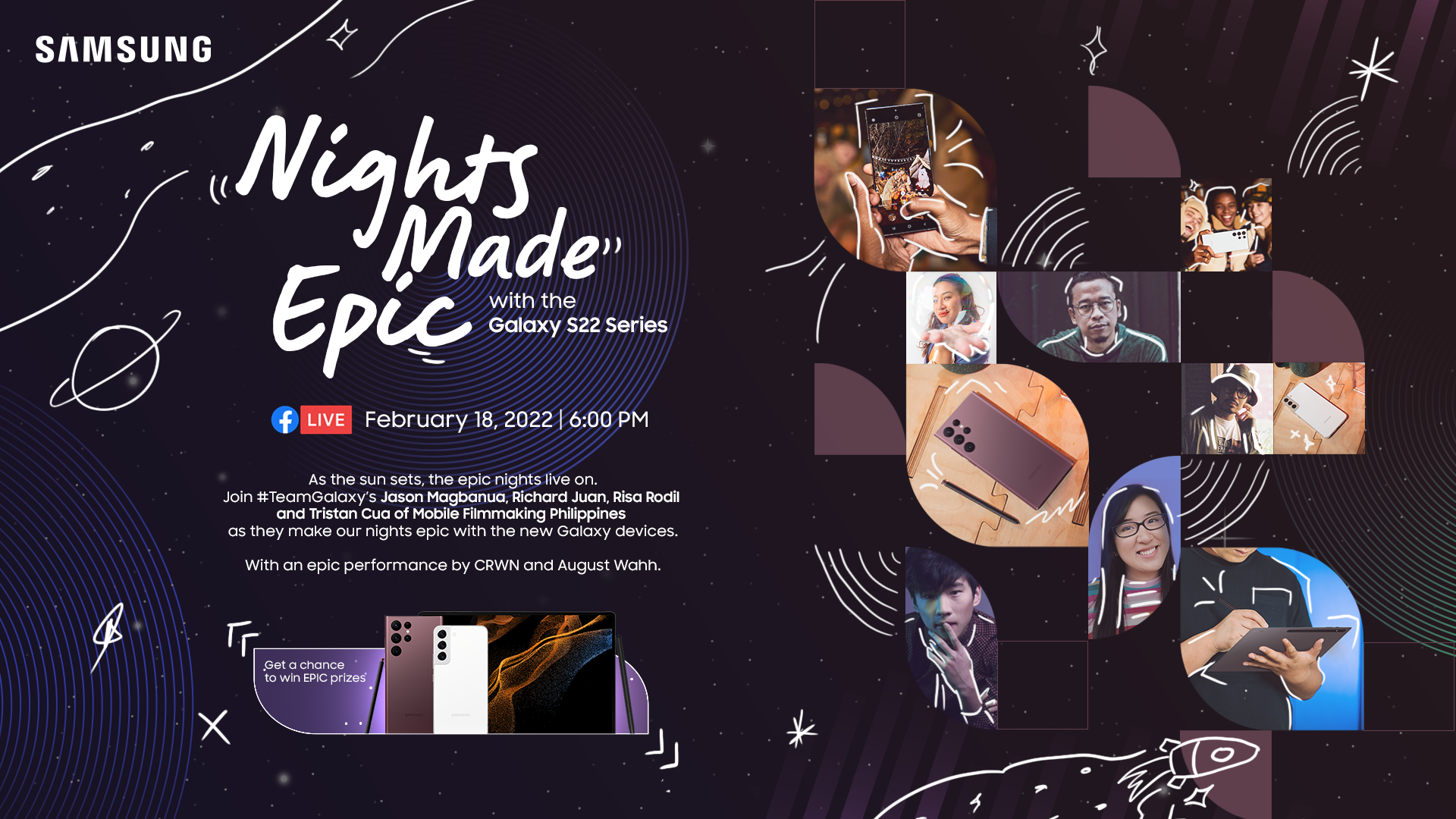 Tune in to the Samsung Facebook page at 6:00 PM on February 18 for Nights Made Epic and join the country’s top creators, including Mobile Filmmaking Philippines, wedding videographer Jason Magbanua, influencer and content creator Richard Juan, and illustrator Risa Rodil, as they showcase their epic content using the Galaxy S22 Series and Galaxy Tab S8 Series.

Pre-order the Galaxy S22 Ultra through Samsung.com and enjoy a PHP 10,000 e-voucher which can be used to purchase select mobile products in the Samsung Online Store, a Silicone Case with Strap worth PHP 1,999, and a Lucky Box Strap worth PHP 1,299.

Customers can also pre-order the Galaxy S22 Ultra through Samsung Experience Stores, select Authorized Samsung Stores, Lazada, Shopee, Abenson.com, and MemoXpress Online to get freebies including a Galaxy Buds Pro worth PHP 9,990, a Silicone Case with Strap worth PHP 1,999 and a Lucky Box Strap worth PHP 1,299.