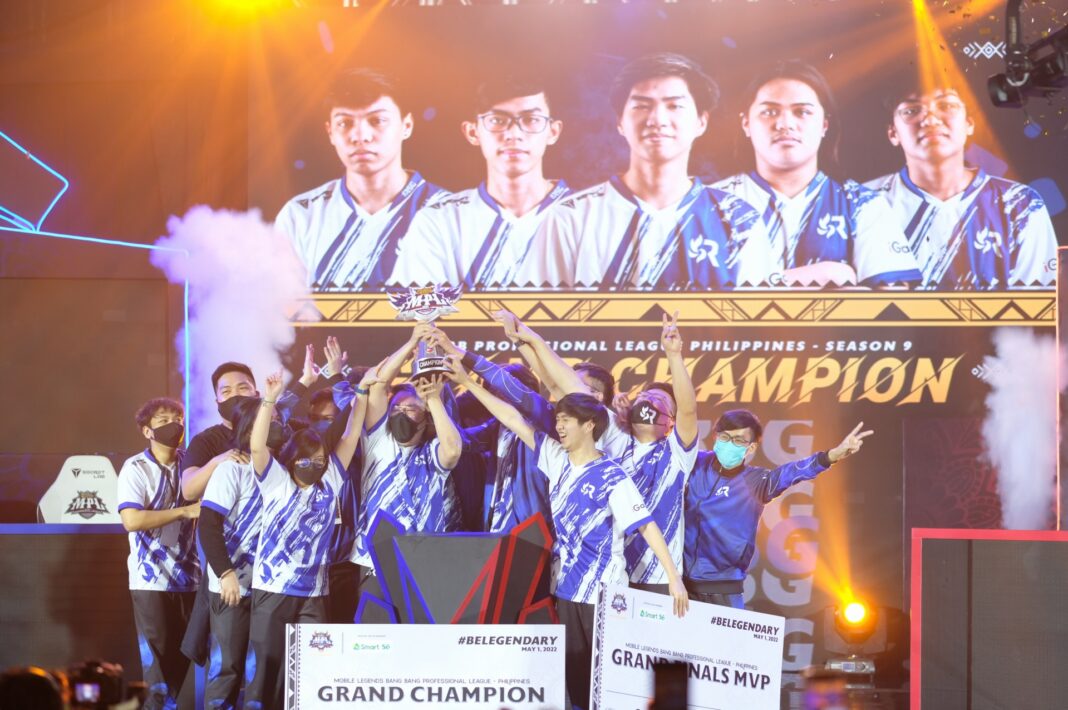 From Kingslayers to the new Kings of MPL-PH

With a score of 4-1, the Kingslayers triumped over the Kings of SEA, snatched the national title as the new kings of the MPL Philippines.

“In previous seasons we were the king slayers. In Season 9, we are the kings. We’ve done our part here in the Philippines, and for the MSC, our job has just started. I’m proud of this team,” says Coach Brian “Panda” Lim in a post-match interview.

RSG PH is the first foreign-owned team to win an MPL Philippines title. Meanwhile, RSG PH’s Exp-laner Nathanael “Nathzz” Estrologo was declared the Grand Final MVP for his outstanding performance in the playoffs.

Both RSG PH and Smart Omega will represent the country to the upcoming Mobile Legends: Bang Bang Southeast Asia Cup (MSC) 2022 in June.

Love is in the air

Coach Panda won not only the MPL-PH Season 9 trophy but also his girlfriend’s heart. Shortly after being awarded as this season’s new champions, Coach Panda went down on his knee to propose to Jennifer Riguer in marriage. “Thank you for always being my inspiration for three years. I love you so much.”

Moments after TNC Pro Team lost to Smart Omega via sweep in the lower bracket match, Ben Seloe “Benthings” Maglaque also proposed to his longtime girlfriend Dayen Bello. This year, the engaged couple will celebrate their ninth year together.

The MPL-PH Season 9 is sponsored by Smart as the official telco partner. Smart Communications, Inc. (Smart), the official telco partner of the MPL-PH Season 9, which also serves as the internet provider for the screening of the playoffs to championships. It is a wholly-owned wireless communications and digital services subsidiary of PLDT, Inc., the Philippines’ largest and only integrated telco company.

Smart serves 96% of the country’s population with its combined 2G, 3G, 4G LTE and 5G network, providing mobile communications services, high-speed internet connectivity, and access to digital services and content to over 71.2 million Filipinos (as of Dec. 2021), through its commercial brands Smart and TNT.