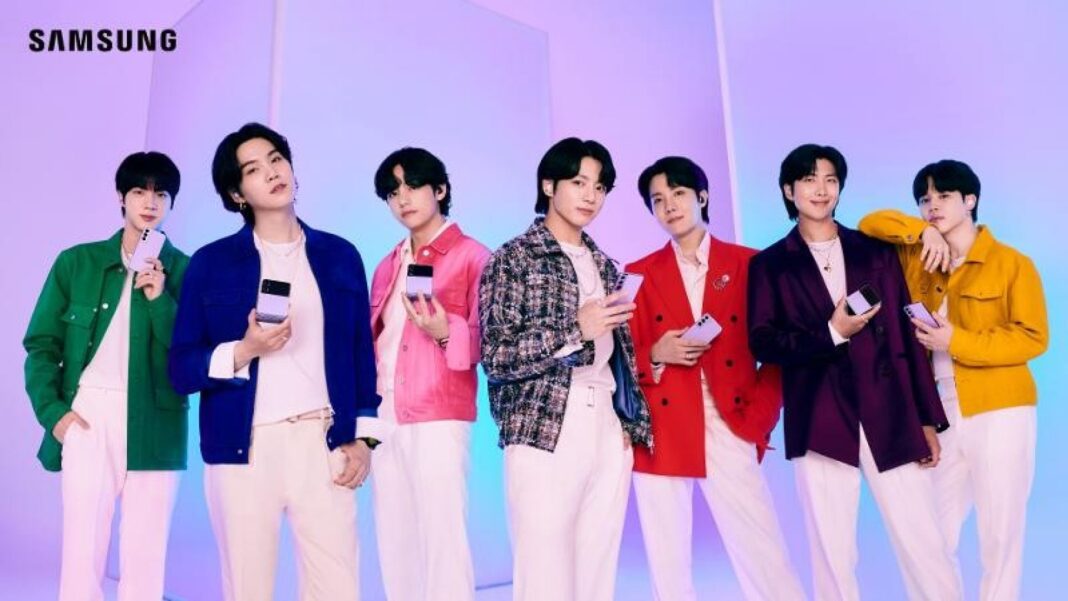 Global pop music artist BTS is at the forefront of the music scene — and, through a global takeover at Galaxy Unpacked 2022, the group had the opportunity to sweep the world once again.

The video, featuring “Yet To Come (The Most Beautiful Moment)” by BTS, celebrated Samsung’s newest shade Bora Purple and showed a future full of potential and possibility.

The second video was a brand-new digital film to “Over the Horizon 2022 by SUGA of BTS,” a reimagining of the iconic tune that SUGA participated in producing last year in honor of the ringtone’s 10th anniversary.

With its new larger-than-life campaign, Samsung is telling its users loud and clear — no matter how the future unfolds, by dreaming big, our best moments are still yet to come.

Relive the magic by checking out the photos from the global premiere below, and stay tuned to the Samsung YouTube channel for more BTS and Galaxy Unpacked content.